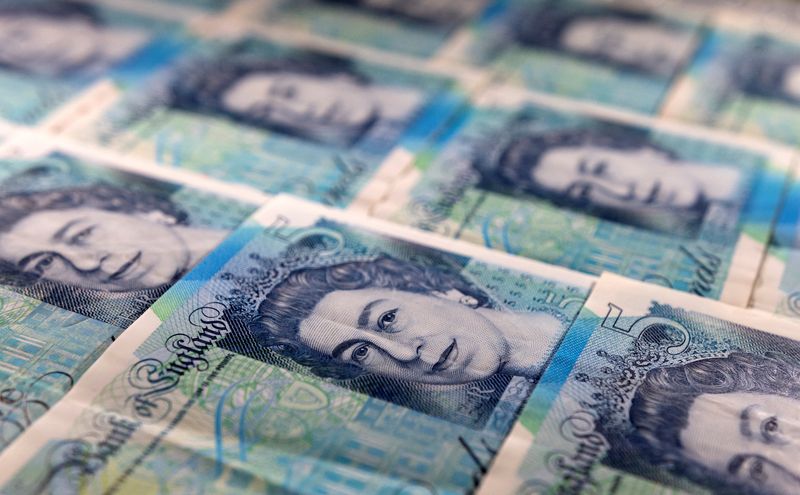 NEW YORK (Reuters) – The dollar dipped against a basket of major currencies and sterling jumped on Monday after Britain’s new finance minister ditched most of the government’s “mini-budget”, while better than expected earnings from Bank of America (NYSE:BAC) helped to boost risk appetite.

Investors are also focused on whether the Bank of Japan would intervene as the Japanese currency falls to its weakest level against the dollar in 32 years.

Jeremy Hunt, who was appointed finance minister by Prime Minister Liz Truss on Friday, reversed swathes of the 45-billion pound “mini-budget” that sparked market turmoil in which the pound hit record lows and the Bank of England was forced to intervene.

“The pound has been the driver of the FX market this month so far, and the big change the UK government has announced has restored faith in the pound and taken the bid on the U.S. dollar out,” said Adam Button, chief currency analyst at ForexLive.

“For now, the market seems happy to give the new chancellor time and space to put the government’s house back in order,” said Chris Beauchamp, chief market analyst at IG.

Marc Chandler, chief market strategist at Bannockburn Global Forex, says its likely that the pound bottomed at the record low of $1.0327 reached on September 26, which he called “an exaggeration.”

The next major resistance level for the British currency is $1.15, he added.

Risk sentiment also improved after Bank of America reported a smaller-than-expected drop in quarterly profit and said that its U.S. consumer client spending remained strong, even if it was slowing.

The Federal Reserve’s rapid interest rate increases have contributed to the strength of the dollar, but that may ease once the U.S. central bank reaches the point of pausing the hikes, St. Louis Fed President James Bullard said on Saturday.

Traders are also on watch for any intervention from the Bank of Japan after the yen fell to a 32-year low of 148.97.

Japan last month intervened to buy the yen for the first time since 1998, after the Bank of Japan stuck to its policy of maintaining ultra-low interest rates, which has battered the currency this year.

Japanese authorities kept up their warnings to the market on Monday of a firm response to overly rapid yen declines, after last week’s fall and meetings of global financial leaders that acknowledged currency volatility.