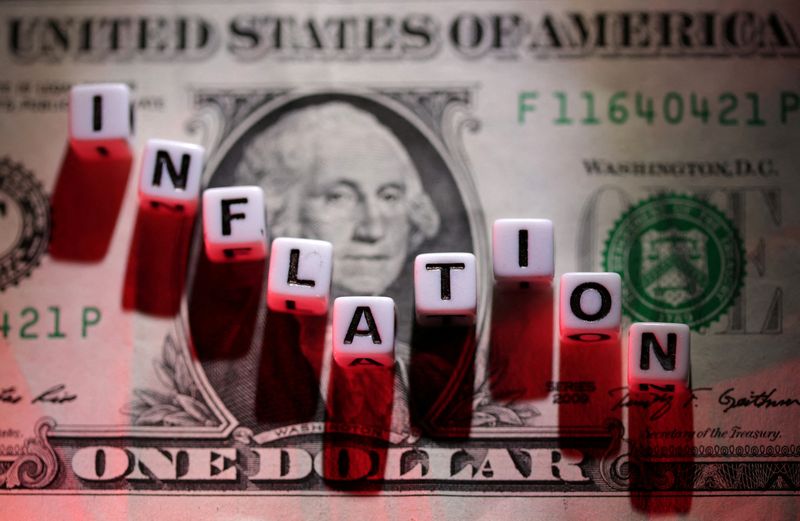 SINGAPORE (Reuters) – The U.S. dollar stood by a fresh 20-year peak on Tuesday and just about everything else nursed losses as investors braced for aggressive Federal Reserve rate hikes and a possible recession.

After a hot U.S. inflation reading on Friday, markets have scrambled to price in steeper hikes. Futures are priced for a 93% chance that the Fed delivers its biggest hike in nearly three decades on Wednesday and raises rates 75 basis points.

As stocks and bonds were dumped, the dollar surged and overnight it hit one-month highs on the euro, Australian dollar, New Zealand dollar, Swiss franc and Canadian dollar. [MKTS/GLOB]

“The market was over-invested in the idea that inflation has peaked,” said Societe Generale (OTC:SCGLY) strategist Kit Juckes.

“The policy challenge is that the Fed has no idea how much monetary tightening is needed and will only find out it has done too much, long after the event.”

Futures show expectations of nearly 200 bps of tightening by September and the two-year Treasury yield is up about 60 basis points since Thursday’s close to 3.3982% as traders brace for sharp hikes.

The 10-year yield is below that, at 3.3770%, in a signal that investors fear the rapid tightening path will hurt growth and possibly bring on a recession. [US/]

One possible outlier has been the yen, which hit its lowest since 1998 early on Monday but has since recovered even as the dollar gained elsewhere and as U.S. yields hit new highs, which tends to drag money out of Japan and into dollars.

“The failure to break through, despite the huge surge in U.S. 10-year yields, is telling,” said Brent Donnelly of analytics firm Spectra Markets.

Japan’s government and central bank issued a rare joint statement on Friday expressing concern about the yen’s sharp slide and some investors are wary of either currency intervention or a wavering commitment to pinning bond yields.

There is already strong market pressure, since the 10-year Japanese government bond yield briefly breached a 0.25% cap on Monday.