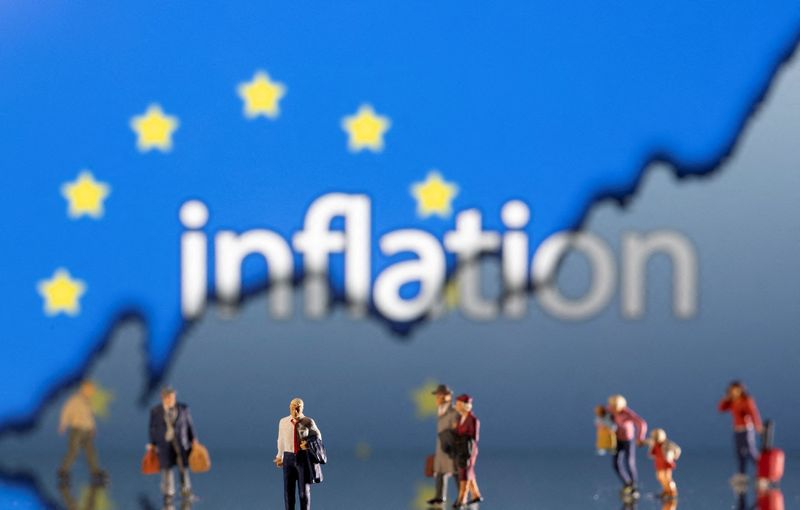 By Balazs Koranyi and Francesco Canepa

FRANKFURT (Reuters) – The European Central Bank is likely to make as few policy commitments as possible on Thursday as the shock of Russia’s invasion of Ukraine up-ends its expectations for the economy and leaves policymakers grappling with new realities.

With inflation in the euro zone at a record high even before Moscow began its assault on Feb. 24, policymakers had been expected to announce an end to years of money-printing stimulus, opening the way for an interest rate hike late this year.

But the war has shattered that consensus and the 25-member ECB Governing Council will go into the meeting divided, raising the chances of a policy surprise — and the risk of an error.

“No one can seriously expect the ECB to start normalising monetary policy at such a moment of high uncertainty,” ING economist Carsten Brzeski said.

The safest route would appear to be for the bank to confirm an earlier decision to continue reducing bond purchases next quarter while leaving all other commitments, including an end-date for the buys and the timing of a rate hike, up in the air.

“We believe the ECB will aim to buy some time by proceeding with the previously planned gradual tapering in April … while increasing flexibility in the forward guidance to allow more room to act once the immediate fog lifts,” Societe Generale (OTC:SCGLY) economist Anatoli Annenkov said.

“As long as we avoid recession, which is our current baseline, we expect the ECB to conclude later this spring that the policy stance will need to tighten faster to stabilise inflation expectations.”

Inflation across the 19 countries that use the euro could be three times the ECB’s 2% target this year and is likely to remain elevated next year, too.

A rebound in economic growth and the tightest labour market in decades should also be pushing the ECB to abandon its ultra-easy policy stance and end a nearly decade-long experiment with unconventional stimulus.

The Federal Reserve is sticking to its plans to raise U.S. interest rates next week, heralding a string of increases to borrowing costs as inflation rises.

But the conflict in Ukraine, the unprecedented sanctions slapped by Western countries on Russia and soaring commodity prices will all raise uncertainty, dampen growth, and sap households’ purchasing power, adding to the case for caution.

Some policy hawks are nevertheless likely to push the ECB to curb stimulus and return policy at least to a “neutral” setting, so the bank could signal the end of bond buys in the coming months, a decision that would raise the chances of — but not cement — a 2022 rate hike.

The bank is also expected to drop any reference to a rate cut in its guidance, and may remove a stipulation that a rate hike would come “shortly” after bond purchases end.

Even if Thursday sees the can kicked down the road, high inflation makes the removal of stimulus almost unavoidable, but the real issue is how a changed world order will impact prices further out, a time horizon more relevant for the ECB.

High energy prices will lower growth and could be a drag on inflation in the longer term as families have less to spend on other items and firms postpone investments.

This is why the ECB’s inflation projection for 2024 is unlikely to be wildly different from the 1.8% it predicted three months ago.

These forecasts have been so unreliable in recent months that policymakers are now openly questioning them, making them less relevant in decision-making.

War in Ukraine is also likely to set in motion economic forces that could boost prices further out.

Increased defence spending, as outlined by several euro zone members, and a quicker green transition to wean the bloc off Russian gas are both likely to boost government spending and inflation.

These may also be backed by joint European Union debt issuance, and the bloc would be likely look to the ECB to keep its cost of borrowing down.

It is next to impossible to quantify the inflation costs of these long term decisions, however, so ECB projections will not reflect them, even if policymakers are likely to raise them in the debate.