Euro zone to back broadly neutral, but flexible 2023 fiscal stance amid Ukraine war 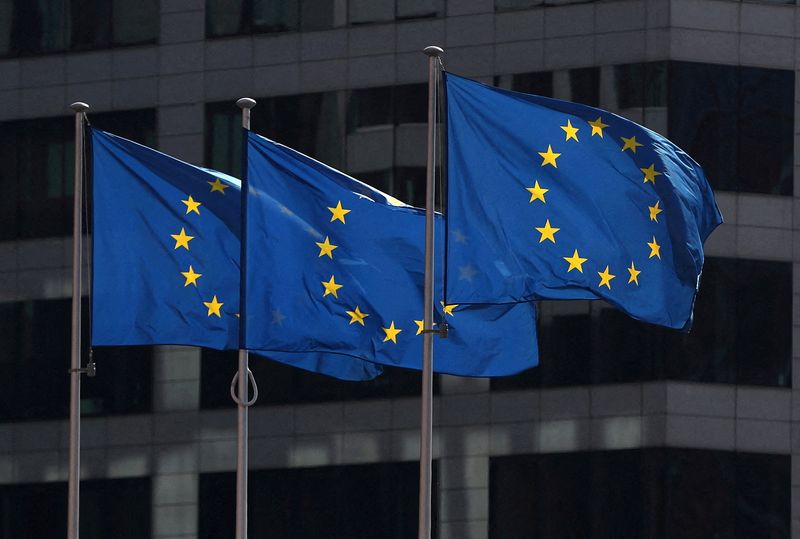 BRUSSELS (Reuters) – Euro zone finance ministers are likely to endorse on Monday the European Commission’s view that fiscal policy should move from supportive to neutral in 2023, but that they must be ready with more cash should the war in Ukraine make it necessary.

Finance ministers from the 19 countries sharing the euro meet on Monday to discuss their fiscal stance next year as Russia’s invasion of Ukraine increased uncertainty and risks to EU economic growth that is rebounding after the pandemic.

“It’s going to be more difficult than we thought still a few weeks ago,” a senior euro zone official involved in the preparation of the talks said.

The Commission recommended on March 2 that EU governments should move to a neutral fiscal stance next year from a supportive stance now, but be ready to adapt quickly if the Ukraine crisis produces new challenges for the rest of Europe.

EU government borrowing limits are likely to stay suspended in 2023, the Commission indicated, but high debt countries such as Italy and Greece should still focus on tightening fiscal policy, while low debt ones focus more on investment.

“The situation is evolving fast and we need to update the picture as new information arrives. The situation in Ukraine is first and foremost a massive human tragedy. In economic terms, its impact on the euro area is likely to be serious but bearable,” the official said.

“The current expectation is that growth will continue but at a noticeably slower pace, with stronger inflationary pressure than we anticipated,” the official said.

The European Central Bank forecast last week that euro zone growth will be 0.5 percentage point slower this year because of the war in Ukraine, but still come in at a respectable 3.7%, slowing to 2.8% in 2023.

“There are good reasons to be optimistic about the resilience of our economies but we are in a situation where uncertainty is very high and downside risks have increased so we realise that we need to be ready to update our assumptions and adjust our policies as needed,” the official said.

The euro zone ministers will not discuss sanctions imposed on Russia, because they will do that with their non-euro zone EU colleagues on Tuesday.

The 27 EU ministers, meeting on Monday evening will also discuss completing the EU’s banking union which is missing a European deposit insurance scheme (EDIS) because governments want first to agree on ways to reduce risks in banks.

The other elements of the banking union that all play a role in the discussions include making banks diversify their sovereign bond portfolios to lower the risk and cross-border integration and diversification of banks.

On Monday, the chairman of euro zone finance ministers Paschal Donohoe is likely to present an initial plan for reaching a deal on EDIS that will foresee several stages at which more risk sharing via a deposit scheme would be matched by more risk reduction, the official said without elaborating.

Based on the feedback of the initial plan, a fully-fledged plan of how to arrive at EDIS could be ready in April and a deal could be reached in June, the official said, but he cautioned even that would not be the end of the discussion.