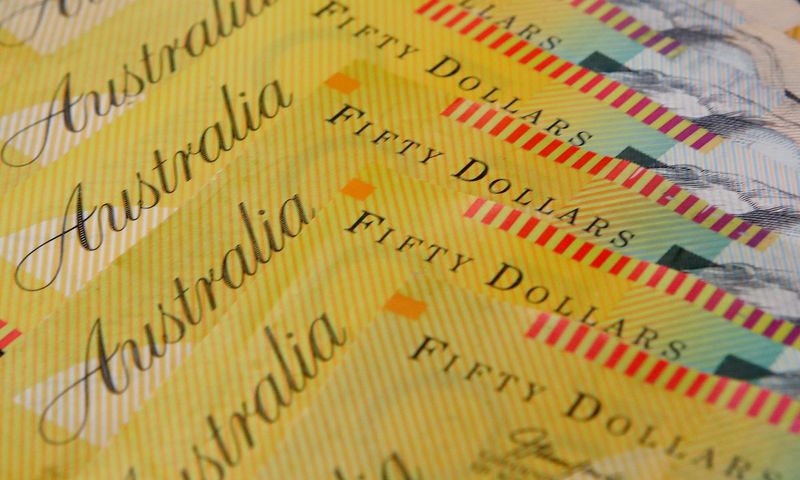 The Australian dollar hit its highest level since December 2015 versus the yen, having gained 8% in March so far.

Versus the dollar, the Australian dollar touched a four and-a-half month high of $0.7477 in early trade, having gained 0.95% overnight, while the yen slipped to as low as 121.4 per dollar after the dollar had climbed 1.1% on the Japanese currency overnight.

The Aussie’s breaking of resistance at $0.745 was due to gains in equities and commodities, said ANZ analysts adding that “global risk sentiment continues to direct the AUD’s outlook.

European and U.S. equity markets rallied on Wednesday, as – aside from commodities – investors shrugged off worries about the market and economic impact of the war in Ukraine. [MKTS/GLOB]

High commodity prices are bad news for the yen, however, as Japan imports the bulk of its energy, widening the country’s trade deficit.

“USD-JPY has nowhere to go but up,” said analysts at TD securities, who pointed to the differential between U.S. and Japanese rates and the yen’s vulnerability to the ongoing shock in commodities.

The yield on U.S. benchmark 10 year yields rose to 2.4026% in early Asian hours on Wednesday, still supported by U.S. Federal Reserve chair Jerome Powell’s speech on Monday which opened the door for raising interest rates by more than 25 basis points at upcoming policy meetings in order to combat inflation.

“A number of other Fed speakers are jumping on Chair Powell’s aggressive hiking bandwagon,” said analysts at ING. Powell himself is due to speak again later today in a busy week for public remarks by Fed policy markers.

However, rising U.S. yields have had little effect on the dollar, as investors say much of the increase is already in the price.

The dollar index, with measures the greenback against six major peers, was at 98.456, with the euro little changed at $1.1022.

In cryptocurrency markets bitcoin was around $42,400, holding on to its overnight gains, and ether was just under $3,000.